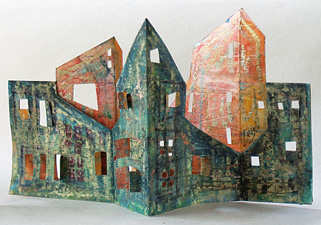 The origami booklet is an easy form with many possibilities for variation. The basic pattern is simple. 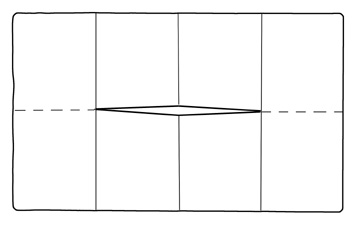 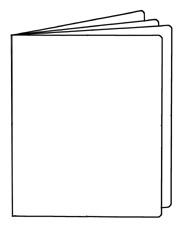 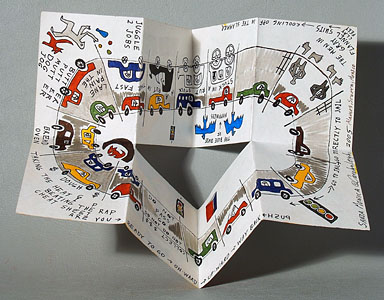 Figure 4: Santa Monica inside. The outside is illustrated in A Studio To Go, artist's book travel supplies for a portable studio.

One variation utilizes the inside of the booklet. In Santa Monica, the freeway/game board inside unifies the space and contrasts with the quiet beach boardwalk scenes on the outside. There is a cutout window in the beach scene to reveal more content inside the booklet. I use this format like a dos-a-dos, to compare and contrast. 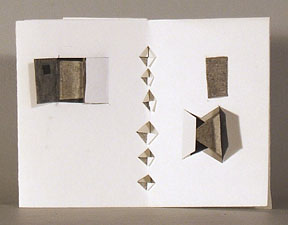 Figure 5: The booklet is a good format for making pop ups and paper cuts. 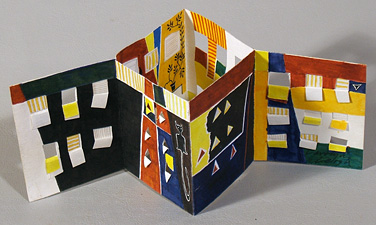 Figure 6: Another variation is small "buildings". Chico's Place is a Matisse inspired interior/exterior. The "window" flaps fold over to hold the end sections together without glue. 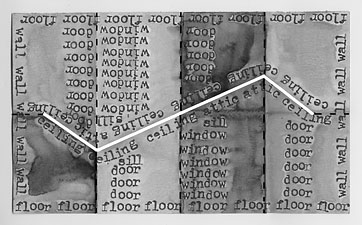 Many different forms may be cut in the center besides the straight cut. This is a two building, peaked roof cut. 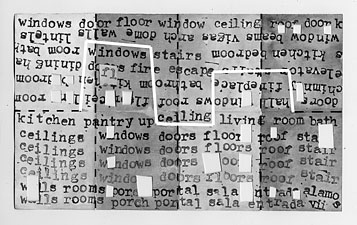 The three section cut makes an interesting book sculpture. The sections must be planned to have enough strength when the book is expanded. 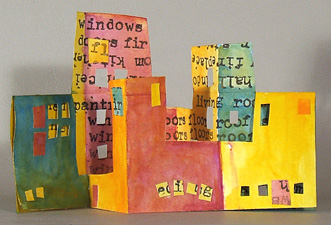 Other possibilities include angling the horizontal fold and making the vertical folds at unequal intervals.

Ideas from other sources:

Carolyn Leigh is a traveler, painter and book artist based in Tucson, Arizona, USA and Alamos, Sonora, Mexico.

First published: Ampersand, the Quarterly journal of the Pacific Center for the Book Arts, Fall 2008.